The powers of a man's mind are directly proportioned to the quantity of coffee he drinks.

Coffee and the arts are natural companions, whether you're an artist drinking an espresso for that extra spark to ignite your creativity, or a book lover enjoying a pot of coffee with your book group. And in some cases, like these, the art is all about the coffee. 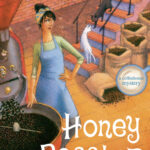 Just as Clare Cosi is having her Village Blend coffeehouse staff sample her new honey-roasted coffee, they are interrupted by a swarm of bees. When Clare investigates, she finds a smashed apiary and a severely injured beekeeper. Clare's determination to find out what happened leads her to question whether things may not be so sweet in the honey business. 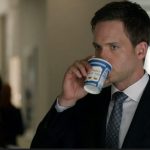 The iconic Greek-themed blue, white, and gold Anthora paper cup has been ubiquitous in New York City since 1963. With its welcoming message “We Are Happy To Serve You,” the cup has appeared on the screen in numerous television shows set in the Big Apple. Whenever a character is shown drinking coffee, whether on the street or at work, the odds are good that he or she is drinking it from an Anthora cup. 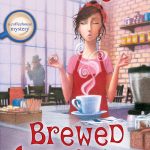 It’s a “brewed awakening” for coffeehouse manager Clare Cosi early one morning when she finds herself on a park bench with no belongings and no recent memory. Unfortunately, she may have witnessed a crime—or worse, been involved in it. She has to rely on her sleuthing skills and her friends from the Village Blend both to recover her memory and to find the perpetrator of the crime and clear her name. 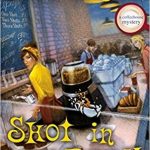 Clare Cosi's venerable Village Blend coffeehouse has become a top destination for women and men to meet for dates they've arranged through the hot Cinder dating app. But the shop's business is severely jeopardized after gunshots threaten customers' safety. For Clare, solving the mystery of the “shot in the dark” is not only about justice. It's also about the survival of the Village Blend. 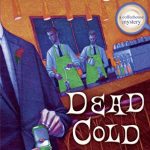 In Dead Cold Brew, the sixteenth book in Cleo Coyle’s Coffeehouse Mysteries series, Clare Cosi is confronted by a mystery that mixes jewel theft, murder, and coffee — and which has its roots in a sixty-year old tragedy. Clare works to solve the mystery while perfecting a new coffee blend for a luxury cruise ship. 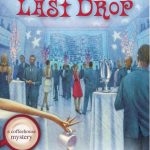 In Dead to the Last Drop, Cleo Coyle's fifteenth Coffeehouse Mystery, Clare Cosi is doing her best to get the Village Blend's new Washington, D.C. coffeehouse and jazz club up and running. The business gets a major boost when the President's daughter, a jazz pianist, plays at the club. But meanwhile Clare becomes the prime suspect in a murder. Then the President's daughter disappears and the authorities want to question Clare for that too. Clare has to go on the run while she tries to clear her name. 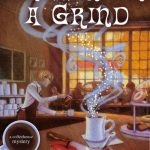 In Once Upon a Grind by Cleo Coyle, the 14th book in the Coffeehouse Mystery series, coffeeshop manager and amateur detective Clare Cosi discovers an unconscious fairytale princess in the Central Park woods during a Storybook Kingdom festival. The young woman has been drugged, and unfortunately the police identify Clare's business partner and ex-husband Matteo Allegro as the prime suspect. As Clare puts her considerable investigative skills to work, some “magic” Ethiopian coffee beans help her to envision some clues. 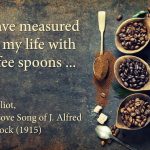 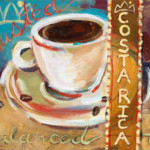 Do you prefer coffee from a particular country or region? Artist Emily Farish has illustrated coffees from four coffee-producing countries or regions — Colombia, Costa Rica, Kenya, and Sumatra — in a series of small bold and colorful paintings that are available as art prints. 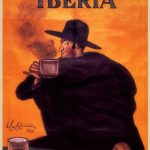